As a professional translation agency, languages are our speciality – we provide specialist translations to and from all major languages, across a range of sectors. If you're looking to get translating right away, get in touch with our team of expert translators!

But which languages should I target? Good question. Exporters need to know how much business is to be had in each world language.

We know for sure that doing business in the language of your client is one of the keys to international business success. Overseas consumers are increasingly demanding information in their own language - 60% of online consumers rarely or never buy from English-only websites. Also consider that 72.4% are more likely to buy products that have information available in their native language.

Clues to the most useful business languages can be found in a comprehensive 2017 report by the British Council, Languages For The Future. They combine evidence from their ‘four economic indicators’ to give a ranking of important economic languages. The indicators are as follows:

Another clue to important business languages is by analysing IMF figures. The following table shows languages sorted by their share of the world’s GDP.

Some honourable mentions - Italian, Polish, Turkish, Indonesian and Korean - who narrowly miss out on this list, but are by no means insignificant business languages.

For comparison, it may also be useful to see these rankings alongside some slightly older research. In 2013, Common Sense Advisory provided an empirical study based on a World Online Wallet (WOW) – defined as ‘the total economic opportunity, both online and offline, calculated by associating a share of a country’s GDP to all major blocks of that society.’ Here is what their study showed us.

Although methodologies differ and each study’s results tell us slightly different things, all three point us in the direction of the most important business languages. Here’s a little bit more information about each one to help to inform your exporting decisions.

Which are the most important business languages?

Truly a global lingua franca, English retains its top spot as the language of over 378 million native speakers, and over 1.1 billion total speakers.

China’s status as a gargantuan economic powerhouse is no longer any secret. Mandarin counts over 1.1 billion total speakers among its ranks; remarkably similar to English. With the biggest growth rate averages and the second-largest economy in the world, China’s immense importance can no longer be ignored.

Any forward-thinking marketing campaign or export strategy would be well-advised to not overlook the Spanish language. The sheer volume of native Spanish speakers presents businesses with a golden opportunity. Along with the language being the third most popular on the Internet, some of the fastest-growing economies are those of Spanish-speaking countries.

An historic, complex language that has given birth to scientific, mathematical and philosophical advances, Arabic is making a 21st century comeback as a language of business. With extremely favourable GDP statistics, having your business message available to the 400 million+ Arabic speakers has never been so important. Growing internet penetration among Arabic-speaking countries means that your business’ ability to speak the language has never been such a sound investment.

French is spoken on all five continents of the world and accounts for 20% of world trade in goods. With over 220,000,000 worldwide speakers, it’s not hard to see why la langue francaise is a major business language.

A classic language of international business. As a language of only 125,000,000, Japanese punches above its weight thanks to the incredibly high purchasing power of consumers. This should come as no surprise: Japan is an extremely high-tech, diversified and online economy. Did you know that Japan is the third largest global eCommerce marketplace?

Many linguists consider Hindi and Urdu - of India - to be dialects of one language, ‘Hindustani’. And whilst English proficiency is good in this part of the world, speaking the language of over 500 million can gain your business a competitive edge. 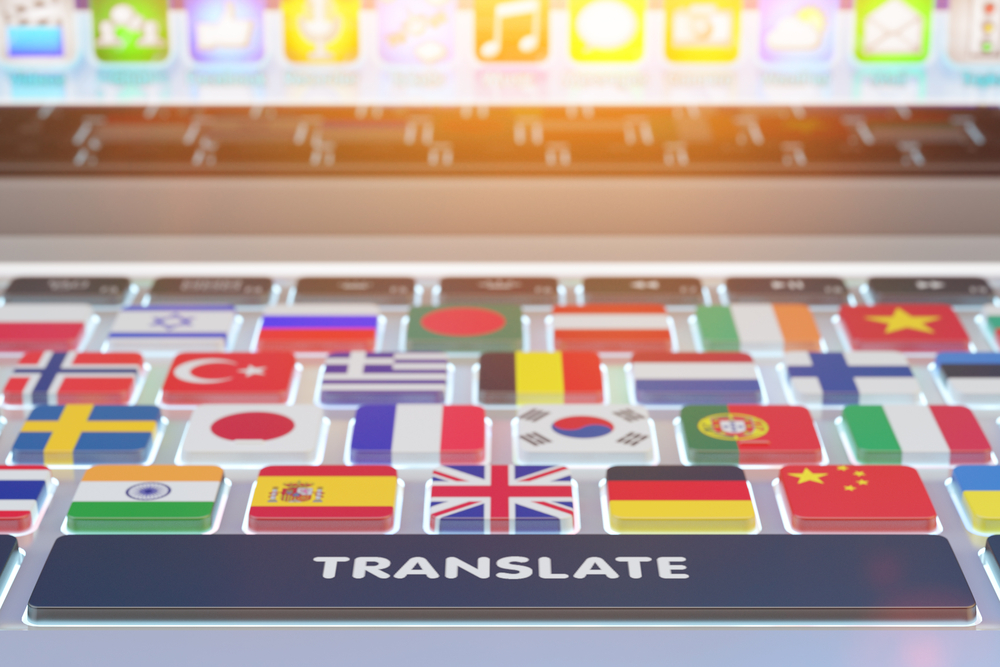 Despite falling somewhat into the shadow of Chinese and others, it’s still impossible to overlook the importance of Russian for international business. It’s the second most popular Internet language - which means the online marketing opportunities are endless.

Driving Portuguese’s importance as a business language is the immense growth and promise of the Brazilian economy. The booming purchasing power of the average Brazilian consumer makes this language of over 215,000,000 a particularly enticing prospect - and that’s not forgetting the not-so-small matter of Portugal, a major European economic player. If you’re looking to get ahead of the curve as a business, Portuguese represents a very smart investment.

Despite Dutch claiming only 23 million native speakers among its ranks, The Netherlands has the highest Internet usage as a proportion of its population in the world - making it a very wise investment for online marketing.

An Eastern Slavic language with over 40,000,000 speakers globally; the second most spoken Slavic language after Russian. There’s no mistaking the importance of speaking Polish if you’re a UK exporter.

Looking for more information? Take a look at our Passport To series of blog posts to discover why you might want to consider translating into these top business languages.

As a company, we’ve been getting the message out there in the business languages of the world on behalf of our clients for over 20 years - so drop us a message to discuss your project!