Amidst dreams of luscious waffles, chocolate and ice-cold beer, you’d be forgiven for failing to acknowledge that Belgium is in fact one of the most linguistically interesting countries on the planet.

Translating your content for this audience of 11,449,495 is no mean feat - especially when they speak three separate languages! So, grab the passport, we’re off to Belgique! Or is that België? Perhaps Belgien?

A land of many languages

In addition to generally having very good English proficiency (EPI index of 60.90, #10 in Europe), the Kingdom of Belgium has three official languages: Flemish, Belgian French and German.

When Belgian people were asked ‘about the languages that you speak, which language is your mother tongue?’, they said the following: 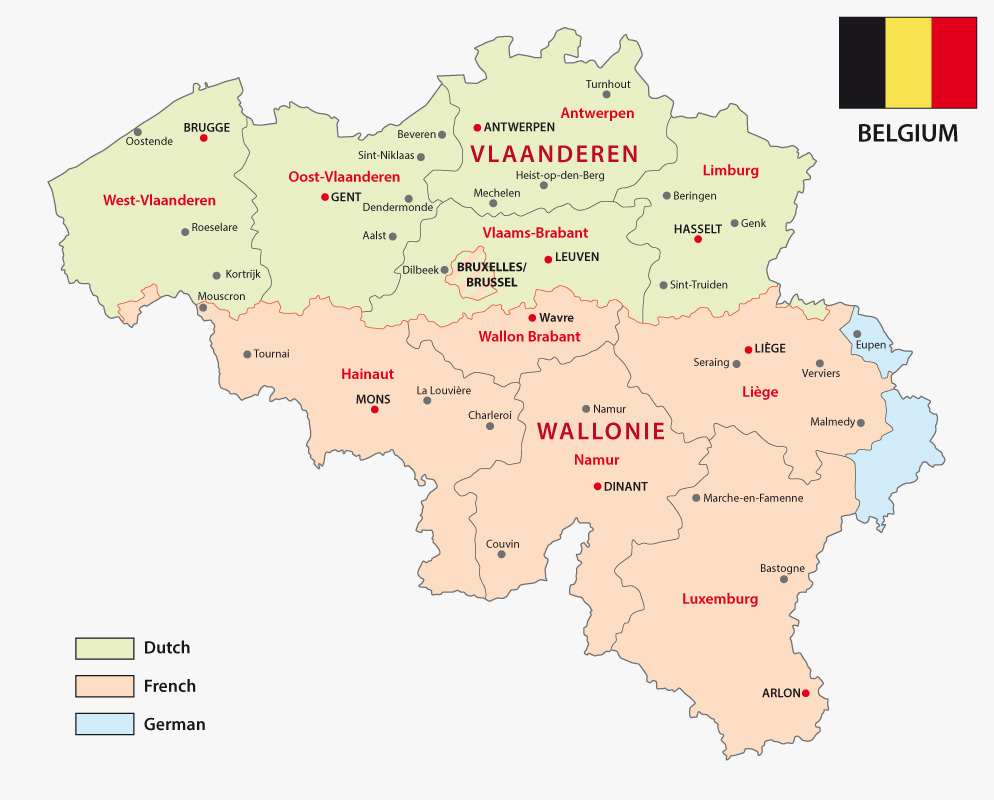 Geographically, the northern Flanders region speaks Flemish (the Belgian variant of Dutch) and the southern Wallonia region French. The 9 eastern municipalities speak German. Complicating the matter further is the capital city Brussels’ use of both Dutch and French (and a range of other expatriate languages).

The subtle difference and intricacies in each of these dialects - as we shall explain later - make a translation partner even more crucial.

The capital of the EU 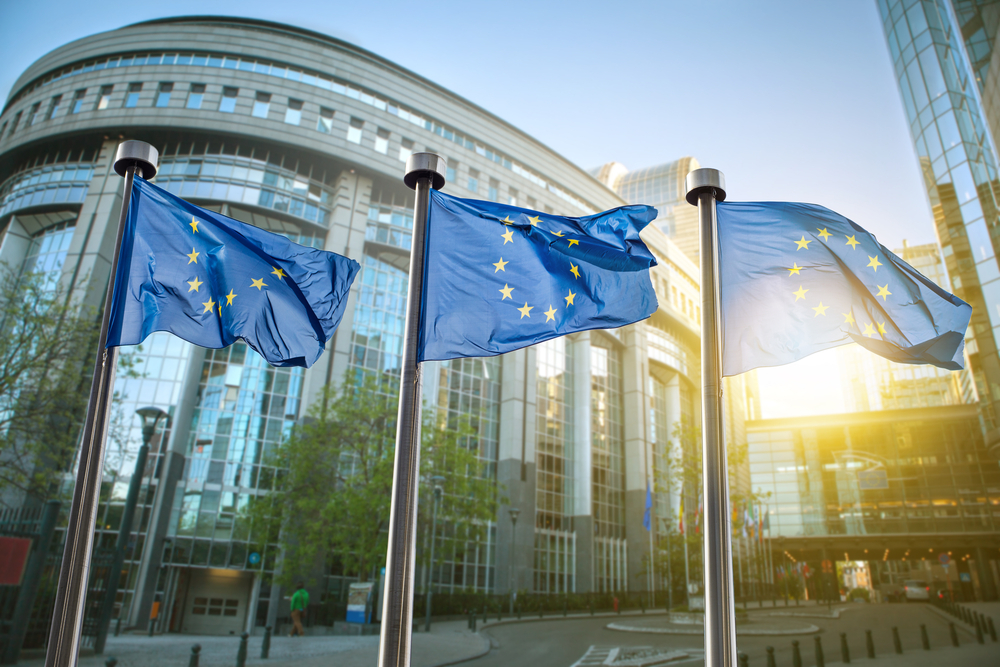 Some famously rude politicians have referred to Belgium as a “non-country” - so just how important is it?

Estimates suggest that being the unofficial home to the EU benefits Belgium to the approximate tune of $540bn. Over 200 European regions have offices in Brussels, playing host to a total of around 105,000 expatriates, accounting for approximately 10% of the city’s population.

We could probably go on, but we’re sure you get the idea - Belgium is certainly anything but a non-country! Anyone in their right mind would want a piece of Brussels’ bustling, cosmopolitan marketplace.

If you are marketing your products or services in Flanders or Wallonia, you want to come across as authentically as possible.

French in France and French in Belgium, as well as Flemish and Dutch, have many subtle but noteworthy differences that deserve your attention. A text written in Dutch would be instantly recognisably foreign to a native Flemish speaker.

In France, you might be familiar with the interesting ways various numbers are spoken:

In the eyes of some, the Walloons have a system that makes much more sense. In the French-speaking areas of Belgium, they say:

Amongst very many other differences include the word ‘pistolet’. The use of this word gets you a nice small, round bread roll when in a Belgian boulangerie; the same word across the French border would most likely meet with a perplexed, perhaps even horrified reaction.

The same goes for Dutch and Flemish. Although the languages are of course extremely similar - completely mutually intelligible, with interchangeable grammar rules - there are differences that could undermine the authenticity of your message amongst a target audience.

Flemish contains many loanwords from French, and is heavily influenced from its western neighbour.

The lexical differences go on and on - there are estimated to be thousands upon thousands of them.

Alexika’s translators only work into their mother tongue, meaning they understand all the intricacies and subtle variations in language where the message is intended to be received; it’s their native language, after all.

With so many different dialects spoken across the Benelux, the use of a professional translation partner eliminates the risk of alienating your audience. The key is authenticity. 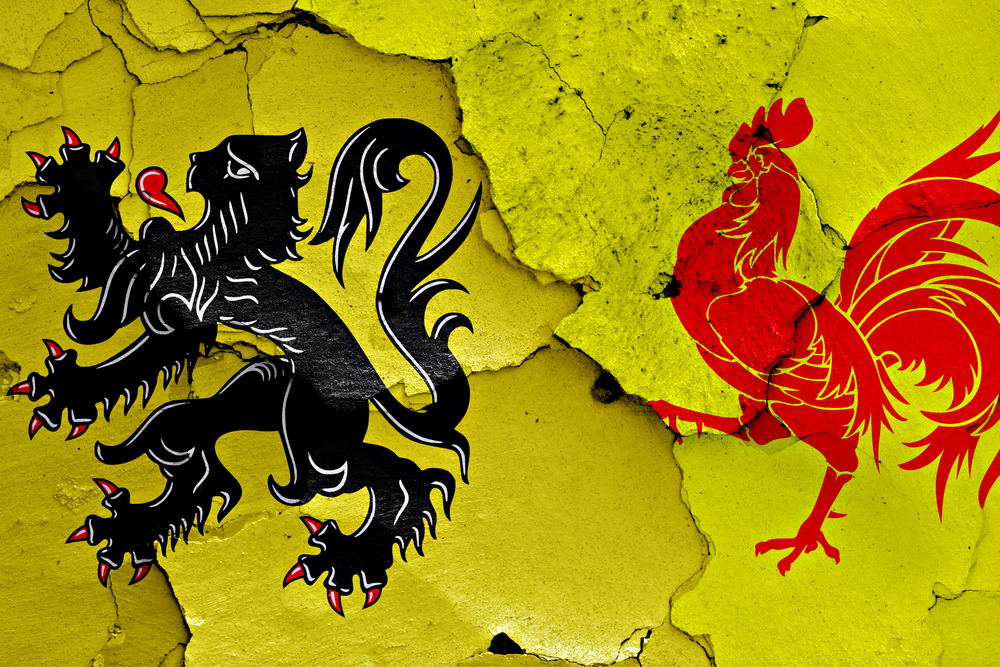 When Farage called Belgium a non-country, he claims to be referring to the country’s bitter regional and linguistic divisions. Where division in other societies is often fostered by religion or race, language does seem to represent two bitterly feuding identities in Belgium.

“Long live free Flanders, may Belgium die” was the rallying call of a Flemish nationalist MP upon the election of their new Parliament in 2010. Further demonstrating this division is the major political parties’ identification as either Flemish or French-speaking. The nationalist New Flemish Alliance is the largest party in both houses of the Belgian Federal Parliament: they are committed to an independent Flanders.

Language is strongly intertwined with identity. This presents a firm reminder to content marketers translating to make sure they get it ‘right’ - especially in Belgium. A translation partner who fully appreciates the nuances of each Belgian dialect is one of the easiest way to avoid causing unintended offence.

Don’t take your chances here - to tap into Belgium’s 11-million-strong population, make sure you have a professional translation partner to help you navigate this fascinating linguistic minefield.

How can we help?